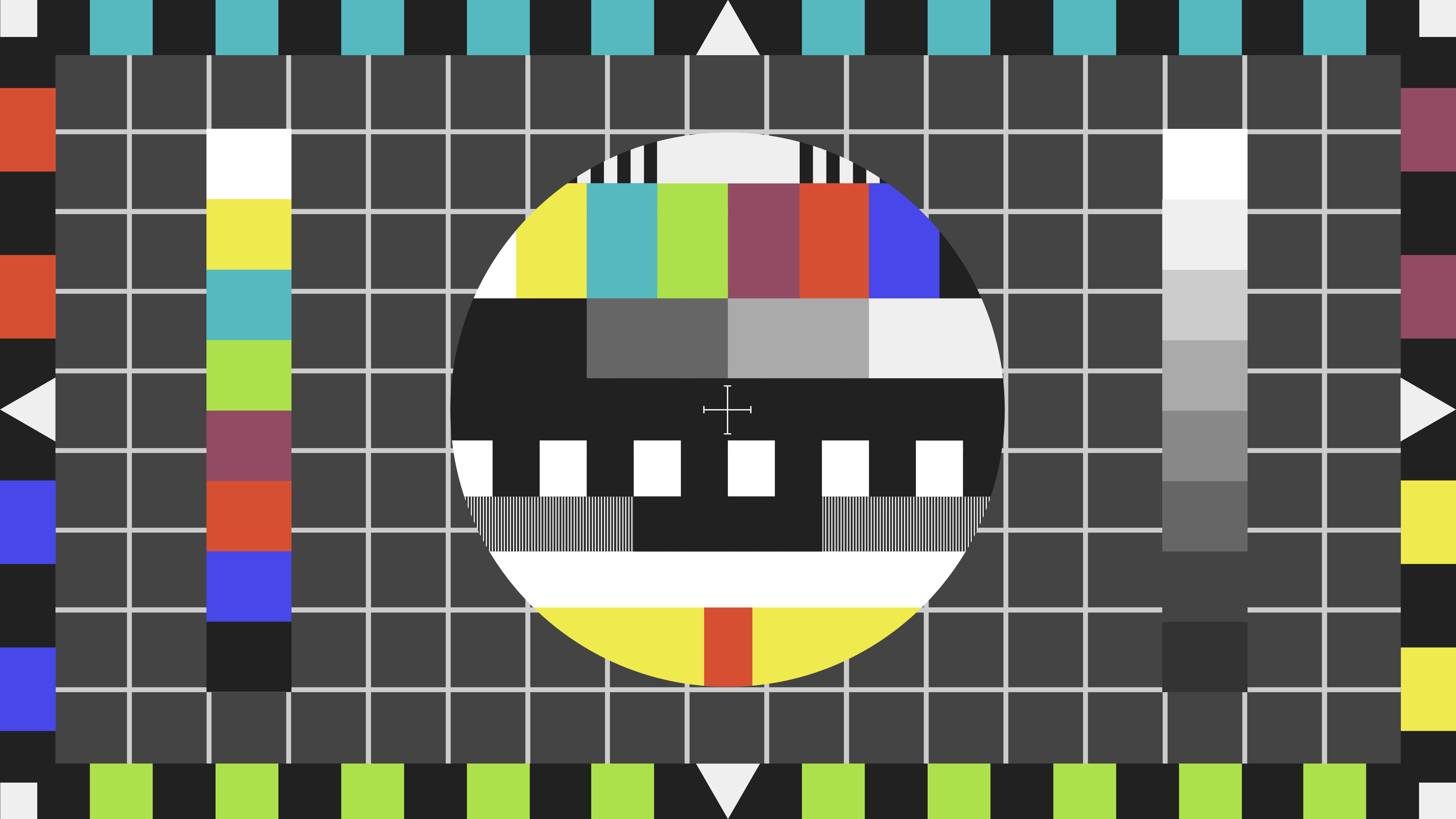 A test card, also known as a test pattern or start-up/closedown test, is a television test signal, typically broadcast at times when the transmitter is active but no program is being broadcast (often at sign-on and sign-off). Used since the earliest TV broadcasts, test cards were originally physical cards at which a television camera was pointed, and such cards are still often used for calibration, alignment, and matching of cameras and camcorders. Test patterns used for calibrating or troubleshooting the downstream signal path are these days generated by test signal generators, which do not depend on the correct configuration (and presence) of a camera, and can also test for additional parameters such as sync, frames per second, and frequency1.

This wallpaper has been inspired by two well known test cards - The Philips PM5544 and the infamous BBC test card F.